Welcome to Thriving Blind – a concept that is hard for many to consider! This is a great place to be if you are:

a person living with blindness or visual impairment

a family member of someone diagnosed with a blindness condition

a teacher of a blind child

an employer considering hiring a person without sight Nearly suffocating from her own fears, Kristin knew she needed to overcome the anxiety, worry, and obstacles for the sake of her sons, but she had no idea how to  proceed. Yet, knowing that Michael and Mitchell needed their mother to fight for them, Kristin began advocating for the tools her blind children needed.

As Kristin found and equipped her boys with the resources to help them thrive, they not only took on the world, but changed Kristin’s perception of blindness. With the right foundation and a multitude of resources and tools, her children have become popular, accomplished athletes, high-achieving students, talented musicians, and International Braille competition finalists, as well as typical big brothers to their sighted sister, Karissa, both teasing and supporting her as big brothers do! 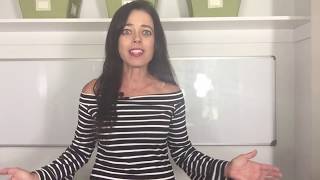 where Kristin and her family share tips, insights, successes and “epic fails” of raising blind children to chase their dreams, follow their passions and… thrive!  You can “LIKE” the Thriving Blind community page on Facebook here !